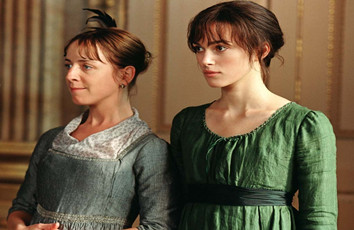 No one made any reply. She then yawned again, threw aside her book, and cast her eyes round the room in quest of some amusement; when, hearing her brother mentioning a ball to Miss Bennet, she turned suddenly towards him and said,

“By the bye, Charles, are you really serious in meditating a dance at Netherfield? - I would advise you, before you determine on it, to consult the wishes of the present party; I am much mistaken if there are not some among us to whom a ball would be rather a punishment than a pleasure.”

“If you mean Darcy,” cried her brother, “he may go to bed, if he chuses, before it begins - but as for the ball, it is quite a settled thing; and as soon as Nicholls has made white soup enough I shall send round my cards.”

“I should like balls infinitely better,” she replied, “if they were carried on in a different manner; but there is something insufferably tedious in the usual process of such a meeting. It would surely be much more rational if conversation instead of dancing made the order of the day.”

“Much more rational, my dear Caroline, I dare say, but it would not be near so much like a ball.”

Miss Bingley made no answer; and soon afterwards got up and walked about the room. Her figure was elegant, and she walked well; - but Darcy, at whom it was all aimed, was still inflexibly studious. In the desperation of her feelings she resolved on one effort more; and turning to Elizabeth, said,

“Miss Eliza Bennet, let me persuade you to follow my example, and take a turn about the room. - I assure you it is very refreshing after sitting so long in one attitude.”

Elizabeth was surprised, but agreed to it immediately. Miss Bingley succeeded no less in the real object of her civility; Mr. Darcy looked up. He was as much awake to the novelty of attention in that quarter as Elizabeth herself could be, and unconsciously closed his book. He was directly invited to join their party, but he declined it, observing that he could imagine but two motives for their chosing to walk up and down the room together, with either of which motives his joining them would interfere. “What could he mean? she was dying to know what could be his meaning” - and asked Elizabeth whether she could at all understand him?