So there were competing visions for the company?

Well, I guess I’m asking was what was your vision at that time, lost out in sentence?

In a sense that my belief was that Apple needed much stronger leadership to sort of unite these various factions that we created with divisions.

That Macintosh was the future of Apple, that we needed to ram back expenses dramatically in the Apple II area…

that we needed to be spending very heavily in the Macintosh area, err... things like that. 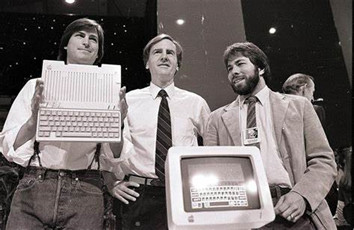 John’s vision was that he should remain the CEO of the company, and anything that would help him do that would be acceptable.

So you know I think that… you know Apple is in a state of paralysis in the early part of 1985,

and I wasn’t at that time capable... of running the company as a whole. You know I was 30 years old.

And I don’t think I had enough experiences to run a 2 billion dollar company.

And so anyway… I … I was told on certain terms that there’s no job for me, it’s really tragic.