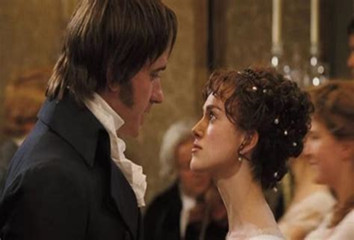 His sisters were very anxious for his having an estate of his own; but though he was now established only as a tenant, Miss Bingley was by no means unwilling to preside at his table, nor was Mrs. Hurst, who had married a man of more fashion than fortune, less disposed to consider his house as her home when it suited her. Mr. Bingley had not been of age two years, when he was tempted by an accidental recommendation to look at Netherfield House. He did look at it and into it for half an hour, was pleased with the situation and the principal rooms, satisfied with what the owner said in its praise, and took it immediately.

Between him and Darcy there was a very steady friendship, in spite of a great opposition of character. -- Bingley was endeared to Darcy by the easiness, openness, ductility of his temper, though no disposition could offer a greater contrast to his own, and though with his own he never appeared dissatisfied. On the strength of Darcy's regard Bingley had the firmest reliance, and of his judgment the highest opinion. In understanding, Darcy was the superior. Bingley was by no means deficient, but Darcy was clever. He was at the same time haughty, reserved, and fastidious, and his manners, though well bred, were not inviting. In that respect his friend had greatly the advantage. Bingley was sure of being liked wherever he appeared; Darcy was continually giving offence.

The manner in which they spoke of the Meryton assembly was sufficiently characteristic. Bingley had never met with pleasanter people or prettier girls in his life; every body had been most kind and attentive to him, there had been no formality, no stiffness; he had soon felt acquainted with all the room; and as to Miss Bennet, he could not conceive an angel more beautiful. Darcy, on the contrary, had seen a collection of people in whom there was little beauty and no fashion, for none of whom he had felt the smallest interest, and from none received either attention or pleasure. Miss Bennet he acknowledged to be pretty, but she smiled too much.

Mrs. Hurst and her sister allowed it to be so -- but still they admired her and liked her, and pronounced her to be a sweet girl, and one whom they should not object to know more of. Miss Bennet was therefore established as a sweet girl, and their brother felt authorised by such commendation to think of her as he chose.