He’s got a lot of compartments in his mind.

He was intense and thoughtful and I liked that about him.

Jobs quickly dropped out of his course

and lost no time tuning in.

We both got copies of this new book, Be Here Now.

It was written by Ram Dass and all about his trip to India,

searching for a holy man who could explain what psychedelics do.

It was fascinating for me and for Steve also

and so that was the basis of our friendship. 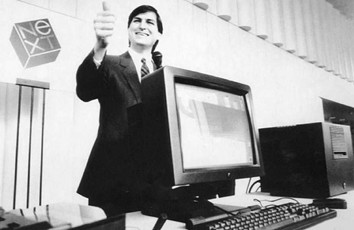 He and Kottke took their own trip to India,

and LSD, as this extraordinary tape reveals.

The time we grew up was a magical time.

It was also a very spiritual time in my life.

Definitely taking LSD was one of the most important things in my life.

Not the most important but right up there.

He spent long periods at a commune on a farm in Oregon.

We spent a whole week harvesting apples and, while we were at it,

it makes you every light-headed, cos it`s just like sugar. 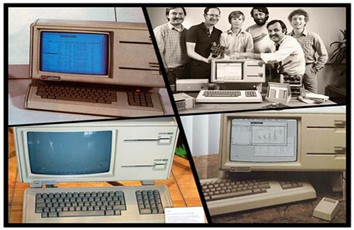 Jobs was inspired by the counter culture

to believe society was there to be reshaped.

As near as I can tell,

Steve Jobs always had that ambition to change the world.

And he expected to do that by empowering, um...everybody.

But Jobs didn’t share all the views of his counter culture buddies.

Many hippies saw computers as tools of oppression,

to extend the sway of other big businesses.

Jobs, though, had grown up experimenting with electronics at home.