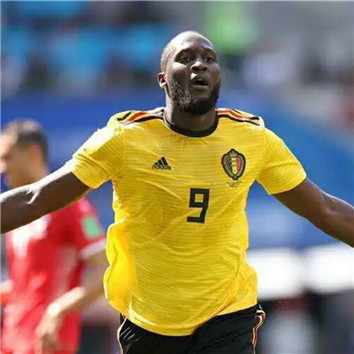 I remember the exact moment I knew we were broke. I can still picture my mum at the refrigerator and the look on her face.

I was six years old, and I came home for lunch during our breakat school. My mum had the same thing on the menu every single day: Bread and milk. When you’re a kid, you don’t even think about it. But I guess that’s what we could afford.

Then this one day I came home, and I walked into the kitchen, and I saw my mum at the refrigerator with the box of milk, like normal. But this time she was mixing something in with it. She was shaking it all up, you know? I didn’t understand what was going on. Then she brought my lunch over to me, and she was smiling like everything was cool. But I realized right away what was going on.

She was mixing water in with the milk. We didn’t have enough money to make it last the whole week. We were broke. Not just poor, but broke.

My father had been a pro footballer, but he was at the endof his career and the money was all gone. The first thing to go was the cable TV. No more football. No more Match of the Day. No signal.

Then I’d come home at night and the lights would be shut off. No electricity for two, three weeks at a time.

Then I’d want to take a bath, and there would be no hot water. My mum would heat up a kettle on the stove, and I’d stand in the shower splashing the warm water on top of my head with a cup.

There were even times when my mum had to “borrow” bread from the bakery down the street. The bakers knew me and my little brother, so they’d let her take a loaf of bread on Monday and pay them back on Friday.

I knew we were struggling. But when she was mixing in water with the milk, I realized it was over, you know what I mean? This was our life.

I didn’t say a word. I didn’t want her to stress. I just ate my lunch. But I swear to God, I made a promise to myself that day. It was like somebody snapped their fingers and woke me up. I knew exactly what I had to do, and what I was going to do.

I couldn’t see my mother living like that. Nah, nah, nah. I couldn’t have that.