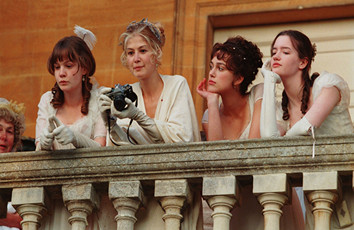 In consequence of an agreement between the sisters, Elizabeth wrote the next morning to her mother, to beg that the carriage might be sent for them in the course of the day. But Mrs. Bennet, who had calculated on her daughters remaining at Netherfield till the following Tuesday, which would exactly finish Jane’s week, could not bring herself to receive them with pleasure before. Her answer, therefore, was not propitious, at least not to Elizabeth’s wishes, for she was impatient to get home.

Mrs. Bennet sent them word that they could not possibly have the carriage before Tuesday; and in her postscript it was added that, if Mr. Bingley and his sister pressed them to stay longer, she could spare them very well. - Against staying linger, however, Elizabeth was positively resolved - nor did she much expect it would be asked; and fearful, on the contrary, as being considered as intruding themselves needlessly long she urged Jane to borrow Mr. Bingley’s carriage immediately, and at length it was settled that their original design of leaving Netherfield that morning should be mentioned, and the request made.

The communication excited many professions of concern; and enough was said of wishing them to stay at least till the following day, to work on Jane; and till the morrow their going deferred. Miss Bingley was then sorry that she had proposed the delay, for her jealousy and dislike of one sister much exceeded her affection for the other.