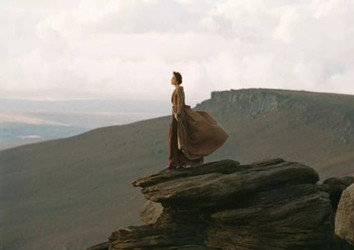 THE ladies of Longbourn soon waited on those of Netherfield. The visit was returned in due form. Miss Bennet's pleasing manners grew on the good will of Mrs. Hurst and Miss Bingley; and though the mother was found to be intolerable and the younger sisters not worth speaking to, a wish of being better acquainted with them was expressed towards the two eldest. By Jane this attention was received with the greatest pleasure; but Elizabeth still saw superciliousness in their treatment of every body, hardly excepting even her sister, and could not like them; though their kindness to Jane, such as it was, had a value, as arising in all probability from the influence of their brother's admiration. It was generally evident whenever they met, that he did admire her; and to her it was equally evident that Jane was yielding to the preference which she had begun to entertain for him from the first, and was in a way to be very much in love; but she considered with pleasure that it was not likely to be discovered by the world in general, since Jane united with great strength of feeling a composure of temper and a uniform cheerfulness of manner, which would guard her from the suspicions of the impertinent. She mentioned this to her friend Miss Lucas.

"It may perhaps be pleasant," replied Charlotte, "to be able to impose on the public in such a case; but it is sometimes a disadvantage to be so very guarded. If a woman conceals her affection with the same skill from the object of it, she may lose the opportunity of fixing him; and it will then be but poor consolation to believe the world equally in the dark. There is so much of gratitude or vanity in almost every attachment, that it is not safe to leave any to itself. We can all begin freely -- a slight preference is natural enough; but there are very few of us who have heart enough to be really in love without encouragement. In nine cases out of ten, a woman had better shew more affection than she feels. Bingley likes your sister undoubtedly; but he may never do more than like her, if she does not help him on."