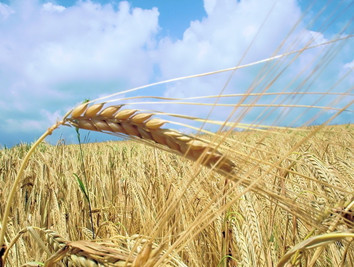 There was a very important study done awhile ago at Princeton Theological Seminary that speaks to why it is that when all of us have so many opportunities to help, we do sometimes, and we don't other times. A group of divinity students at the Princeton Theological Seminary were told that they were going to give a practice sermon and they were each given a sermon topic.

Half of those students were given, as a topic, the parable of the Good Samaritan: the man who stopped the stranger in -- to help the stranger in need by the side of the road. Half were given random Bible topics. Then one by one, they were told they had to go to another building and give their sermon. As they went from the first building to the second, each of them passed a man who was bent over and moaning, clearly in need. The question is: Did they stop to help?

The more interesting question is: Did it matter they were contemplating the parable of the Good Samaritan? Answer: No,not at all. What turned out to determine whether someone would stop and help a stranger in need was how much of a hurry they thought they were in -- were they feeling they were late, or were they absorbed in what they were going to talk about. And this is, I think, the predicament of our lives: that we don't take every opportunity to help because our focus is in the wrong direction.

There's a new field in brain science,social neuroscience. This studies the circuitry in two people's brains that activates while they interact. And the new thinking about compassion from social neuroscience is that our default wiring is to help. That is to say, if we attend to the other person, we automatically empathize, we automatically feel with them. There are these newly identified neurons, mirror neurons, that act like a neuro Wi-Fi, activating in our brain exactly the areas activated in theirs. We feel "with" automatically. And if that person is in need,if that person is suffering, we're automatically prepared to help. At least that's the argument.

But then the question is: Why don't we? And I think this speaks to a spectrum that goes from complete self-absorption, to noticing, to empathy and to compassion. And the simple fact is, if we are focused on ourselves, if we're preoccupied, as we so often are throughout the day, we don't really fully notice the other. And this difference between the self and the other focus can be very subtle.

I was doing my taxes the other day, and I got to the point where I was listing all of the donations I gave, and I had an epiphany, it was -- I came to my check to the Seva Foundation and I noticed that I thought, boy, my friend Larry Brilliant would really be happy that I gave money to Seva.

Then I realized that what I was getting from giving was an arcissistic hit -- that I felt good about myself. Then I started to think about the people in the Himalayas whose cataracts would be helped, and I realized that I went from this kind of narcissistic self-focus to altruistic joy, to feeling good for the people that were being helped. I think that's a motivator.